Dealing with the trauma and harrowing challenges of the COVID-19 pandemic has been a transformative experience for Jennifer Orozco of Bartlett, who works as director of advanced practice providers at Rush University Medical Center.

Orozco was named a “health care hero” by Gov. J.B. Pritzker in December for her work, which included being responsible for COVID-19 testing and provider redeployment across the Rush hospital system. Being recognized for her work was humbling and overwhelming, especially because physician assistants typically don’t earn such awards, Orozco said.

Orozco started a one-year term July 1 as president of the American Academy of Physician Assistants. As a result of the lessons learned and knowledge gained from the pandemic, she plans to focus on ensuring access to care, providing mental health services and expanding access to telemedicine, she said. 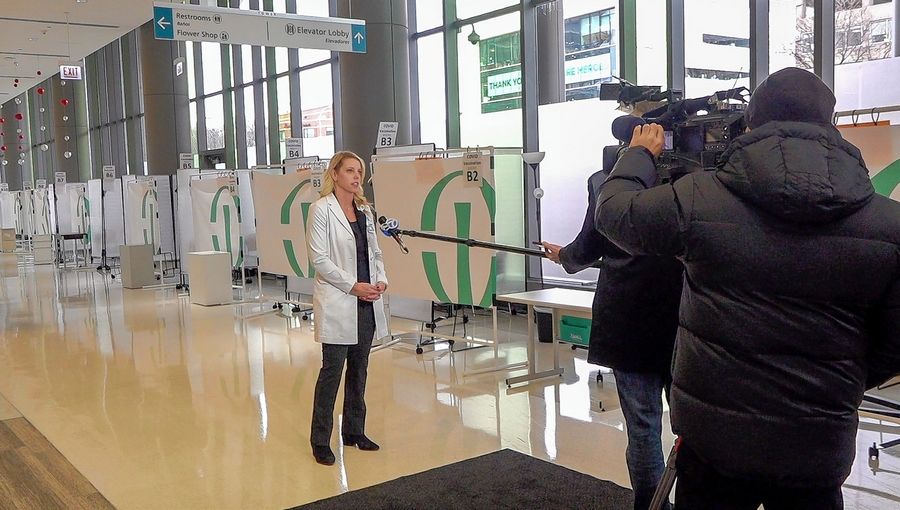 Jennifer Orozco of Bartlett, who works as director of advanced practice providers at Rush University Medical Center, started a one-year term July 1 as president of the American Academy of Physician Assistants.
– Courtesy of Rush Photo Group

There are more than 150,000 physician assistants across the country, and their role is widely misunderstood, Orozco said.

“We have some of the most intense medical training besides a physician,” said Orozco, who’s worked in vascular surgery for the majority of her career. “We diagnose illnesses, manage treatment plans, write prescriptions. We do surgeries with physicians. Some (PAs) are the sole primary care providers for patients, especially in rural and underserved areas.”

Most physician assistant programs last approximately three academic years and award master’s degrees with classroom instruction and clinical rotations. Most students already have a bachelor’s degree and about three years of health care experience, such as registered nurses, according to AAPA.


Physician assistants could be a great resource to deal with the growing shortage of physicians in the United States, Orozco said. According to the Association of American Medical Colleges, the country could see a shortage of between 37,800 and 124,000 physicians by 2034.

“Some of the shortages that we have and some of the challenges in the health care system, we have a solution in the physician assistants,” she said.

However, physician assistants often are hampered by outdated state laws, Orozco said. For example, they can care for diabetic patients by managing treatment and ordering labs, but can’t prescribe diabetic shoes. For that, they need to send patients to a physician, she said.

“Those are the kind of fractures in our medical system,” she said.

Her resolve is to work at the state and national level to address those gaps and modernize laws to meet health care needs.

Dr. Sherry HubbardDr. Sharon Kulig is the newest member of the Texas Silver-Haired Legislature (TSHL) having been sworn in...

We are all living in the era of innovation and technology. You look anywhere, from foldable smartphones to e-cars...

The COVID-19 pandemic has played a massive role in the adoption of healthtech-driven solutions, agreed panellists at a DealStreetAsia...

How Has Healthcare Marketing Changed Since COVID-19?

US telehealth use plateaus, but drops in uptake are likely

Insights on the Medical Device Global Market to 2026 –