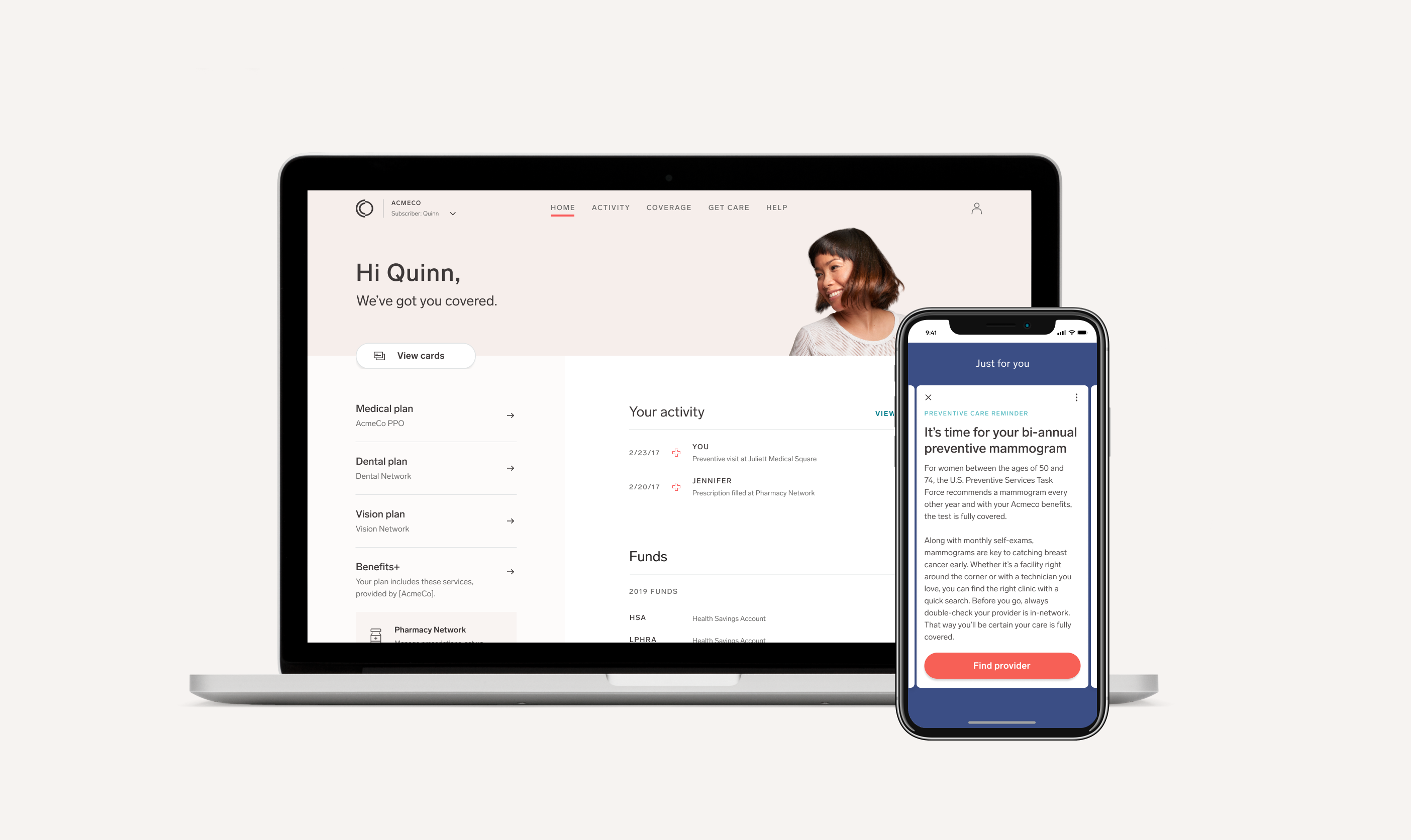 HCSC, which is the fifth-largest commercial insurer in the U.S. and a major seller of Blue Cross Blue Shield health plans, will offer Collective Health to its customers in Illinois and Texas to start, with plans to expand into other markets in the future. It operates in a total of five states.

“It’s really just a confirmation of everything we’ve been working on for the last eight years,” Collective Health Co-Founder and CEO Ali Diab said in a Zoom interview. “Health plan administration is typically a very arcane practice. We’re trying to take it out of the 19th century and bring it into the 21st century.”

The San Francisco-based startup was founded in 2013, with the idea of building a technology backbone for health insurance. It builds care navigation tools and other resources for self-funded employers, helping them better manage healthcare costs.

It pulls in data from claims and other information to make recommendations for employees. For example, it might route someone to an outpatient radiology clinic rather than one within a hospital system for imaging. Or, it might notify them if they’re overdue for a mammogram or a blood glucose test, and give them the option to schedule an appointment.

The same concept also extends across employees’ dental and vision benefits. For instance, Collective might recommend that someone with a history of cardiovascular disease go in for a teeth cleaning, if they hadn’t had one recently.

“Given where we sit as the health plan, we get to see a lot of how people use healthcare,” Diab said. “We’re in a very good position to recommend things for them based on their patterns of care or based on their needs.”

As part of the deal, HCSC also led a $280 million funding round in the startup. Previous investors, including NEA and SoftBank, also participated in the series F round. Two years ago, SoftBank led a $205 million investment in the startup.
Collective currently has about 300,000 members across 55 different employers, Diab said. Some of its clients include Illumina, Lyft and Katerra.

The company is one of a growing number of startups that are taking aim at answering employee questions about healthcare benefits while driving lower costs. Earlier this year, Grand Rounds acquired Doctor on Demand, and Accolade acquired PlushCare — two instances of benefit navigation startups adding telehealth to their services.

After weathering a challenging year, South Lane Mental Health (SLMH) is embracing a new phase as it welcomes its...

For all the progress on Covid-19, we are still far from a post-pandemic world. “If you’re living on Planet...

In the past few weeks, India has been hit devastatingly hard by the coronavirus pandemic, which has taken more...

Pinnacle Award Finalist Grant Kim: ‘Mentoring Is A Great Way To Shape The Next

EMS crews in 4 Calif. counties to deny transport to low-acuity patients due to